Getting started with Ground Branch

Ground Branch is an upcoming tactical shooter. It focuses on a tactical gameplay in a smaller scale rather than these enormous shooters such as (most of) the Battlefield series and Call of Duty which are, in my opinion, centered around a kill/death score and not completing a mission based on objectives carried out with a decent plan. I do like to play run ‘n gun now and then, but Ground Branch is one of the first games in quite some time building upon the gameplay we know from SWAT 4 and Raven Shield.

The game’s current state: development build. Don’t expect the game to be working fully - there is still plenty of work left and you will experience many crashes along the way. Early Access on Steam is expected to be early 2017. That being said, the current state of the game allows you to get a nice feeling of where the game is headed.

First things first: Head over to groundbranch.com and buy a license key to the game. You will need to redeem the key on Steam.

Load up Steam and click Activate Product in the left bottom corner.

Currently you’ll need to do this by configuring a .ini file. Locate DefaultPlayerSettings.ini in the Config folder, ie. C:\Program Files (x86)\Steam\steamapps\common\Ground Branch\GroundBranch\Config

Edit the second line to reflect your nickname:

Ground Branch will probably use some other keybinds than you are used to. Go to Settings > Controls where you can alter the binds or learn how it is done in GB.

Ground Branch gives the player many options for customizing gear and weapons. For now, the operator is editable using a locker in a Multiplayer session. When you spawn you'll see different rooms such as Team and Operations. Go to the Team room and left click on a locker with your mouse button to edit your operator. 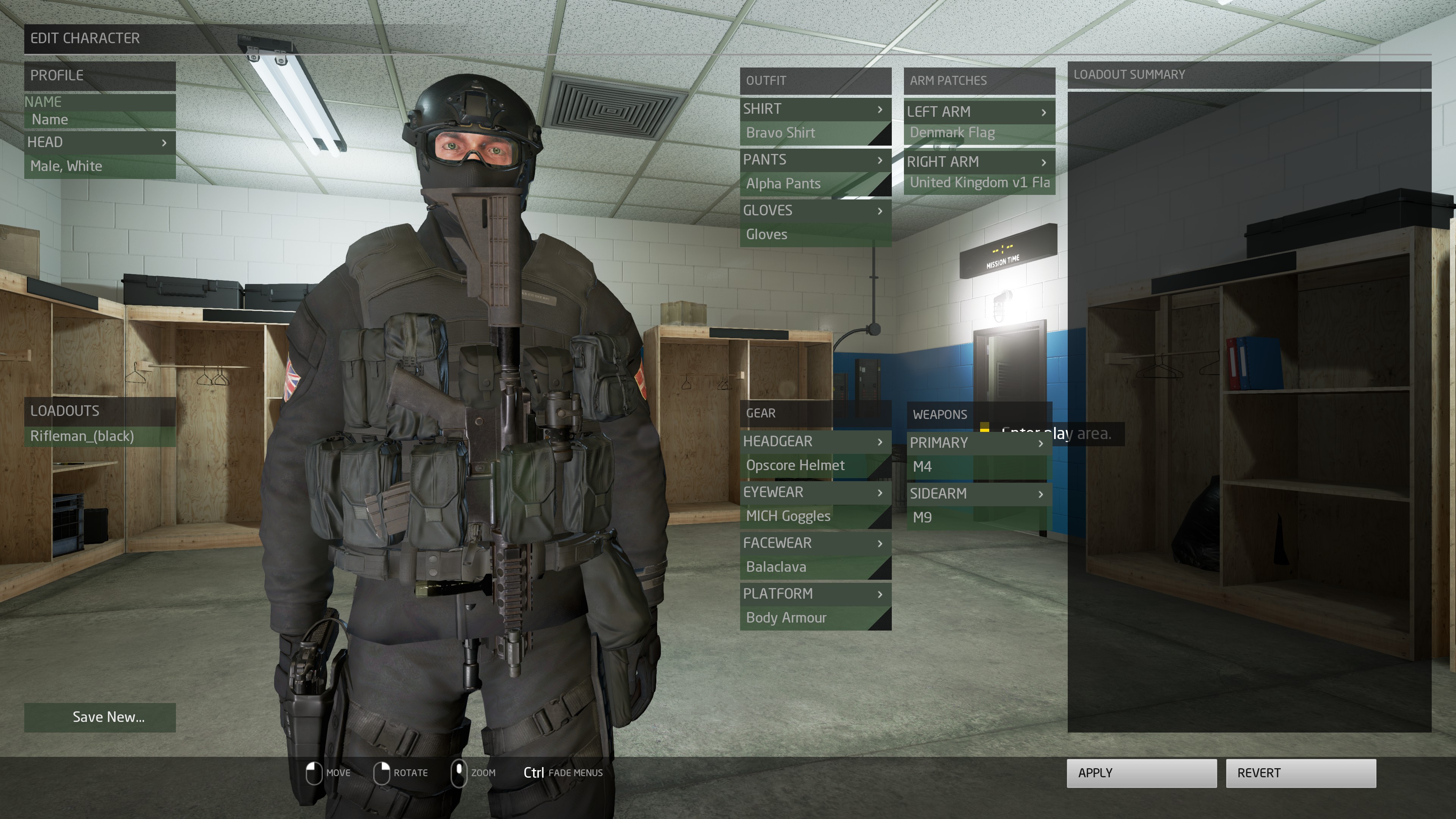 As you can see your operator's loadout is divided into four categories: Outfit, Arm Patches, Gear and Weapons.

The outfit is pretty self explanatory as there is not many options to configure. What you can do is choose between different clothing styles as well as different types of camouflages. 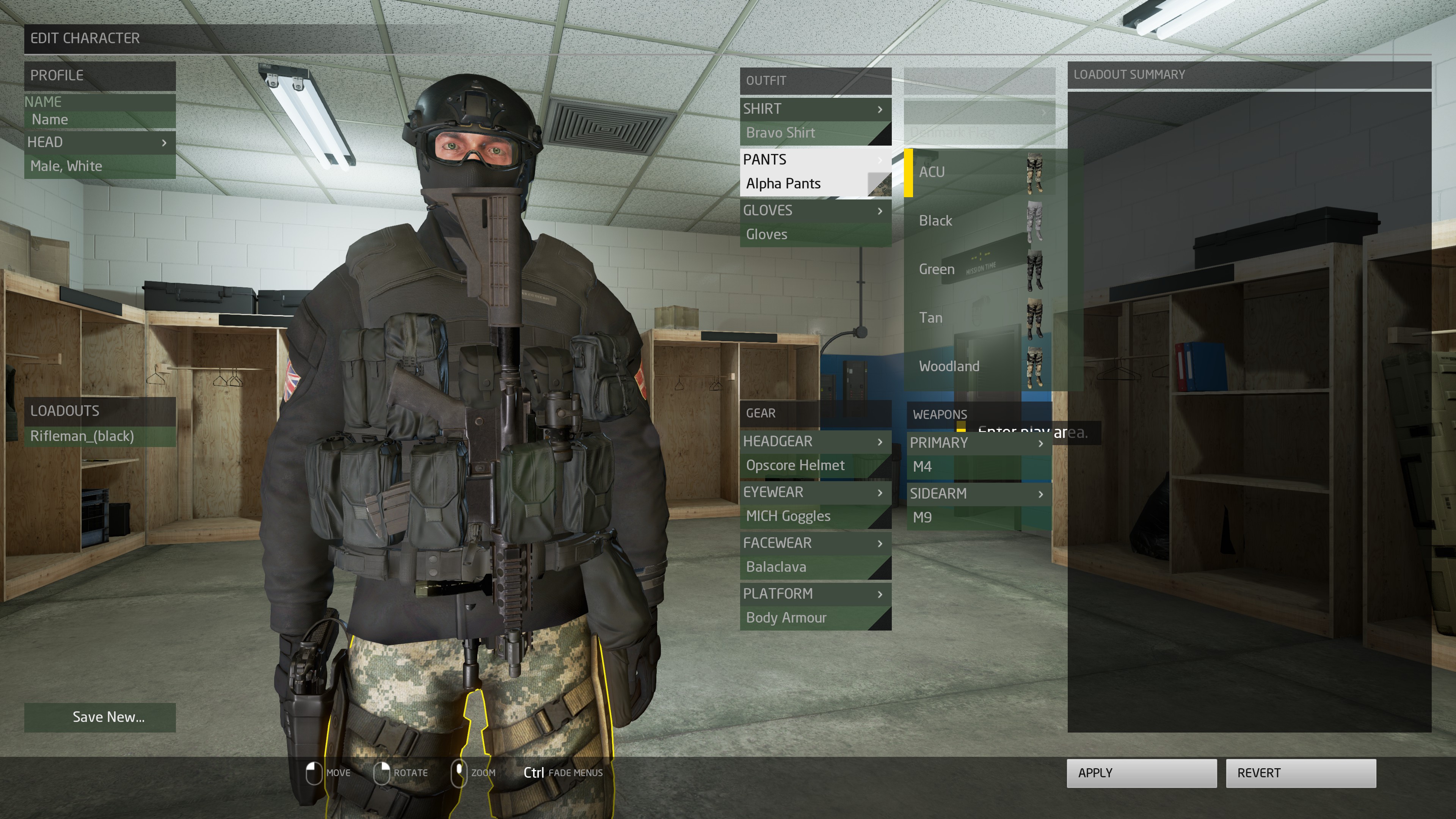 Same goes with Arm Patches. At the moment, you can only choose between the Arm Patches provided by BlackFoot Studios, but I hope that at some point you can customize them in the same way as Raven Shield.

Offline
Last seen: 2 years 6 days ago
Is there a way to get the key

Thanks for the tutorial DC. Is there a way to get the key from Steam itself? Would like to have all the clan-games.

Offline
Last seen: 1 day 22 min ago
If you buy it from the Ground

If you buy it from the Ground Branch Store you'll get a key for Steam.

Offline
Last seen: 3 years 12 months ago
Nice might have to check this

u can buy it via steam shawty

Holy cow, I still remember when SAS's officers were trying to get in on the ground floor of that, and when there was nothing but a forum of like minded gamers instead of a product. It's nice to see they finally made something even if it is still in early access mode on Steam.